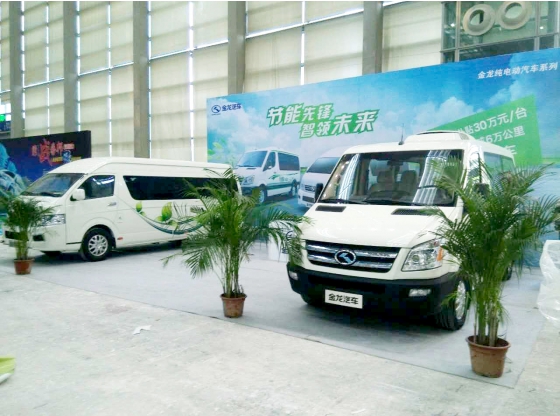 Equipped with monocoque body structure and high strength metal sheet, KINGTE electric Mini Vans has successfully passed a host of stringent tests and boasts high reliability. When in fast recharging mode, the vehicle can get fully recharged in just two hours and it can drive continuously for over 200 km. Suppose it is running 200 km per day and works 300 days per year, it then can help its operator save 47,700 RMB when comparing with running a diesel-powered van. Also, its operator can cut operating costs by 64,920 RMB when comparing with running a gasoline-powered van. Thanks to its strengths mentioned above, KINGTE is extremely ideal for business reception, company employee transportation, public transportation, etc.

Being able to be mounted with 18 seats at a maximum, KINGO is able to be fully recharged in just two hours when put in fast recharging mode and it can run 220 km without stop. Boasting strong power and high quality and more durable batteries, it has also significantly improved its safety standards. In the meantime, its high power and torque ensure more smooth and comfortable traveling experiences. What also worthes mentioning is its uphill assisting system, which can prevent the vehicle sliding backward when it is running uphill.

The two types of Mini Vans, independently developed by King Long, have been enjoying increasing popularity immediately after their debut on the market. At this year’s expo in Shenzhen, they instantly became the focus of attention among all visitors. Some visitors say they have already learnt from various media that KINGTE and KINGO won this year’s Best Business Vehicle and Best New Energy Bus at Beijing Road Transportation Exhibition and they expressed their plan to make purchases.