At 8 am on January 2, 2016 Xiamen International Marathon officially kicked off. A total number of nearly 50,000 participants from 45 countries and regions took part in the high-profile event. Boasting the most beautiful sceneries along the roads especially assigned for the event, Xiamen also hopes to welcome the new year by encouraging more people to do running exercises. 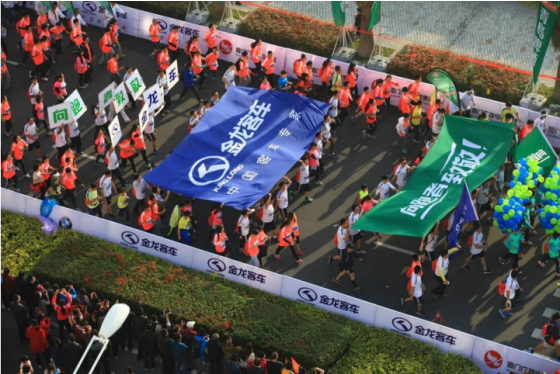 As one of the global sponsors for the event, King Long is also the sole bus carrier, providing transportation services throughout the whole marathon. This year saw the first time of King Long electric coach coming into service, which is also one of the biggest highlights of Xiamen Marathon. "Saluting to All Runners" made by King Long can be seen at various venues of the marathon, showing the bus maker's admiration for all participants and its commitment to its customers just like the spirit upheld by the marathon race. Through participating in such a high-profile event, King Long further demonstrated its determination to shoulder more social responsibilities. 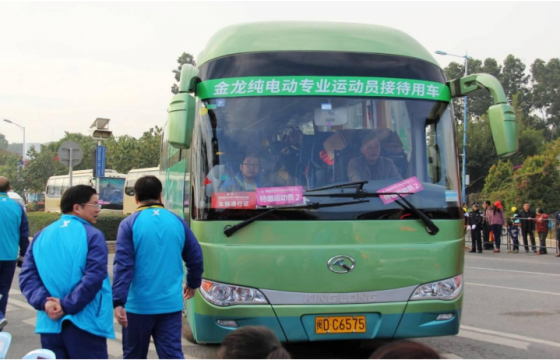 
According to the bus maker, King Long XMQ6110 electric coach for business reception and KINGO electric mini van are the chief carrier for this year's marathon. Both having successfully stood a series of stringent tests, including China's First Youth Games, the two eco-friendly vehicles are equipped with monocoque body structures, strong driveline and superbly impressive continuous driving capacity. Another attractive feature of the two buses is their fast recharging solution, which has been constantly gaining popularity among customers. Drawing the experience after serving China's Youth Games, King Long Service Team also delivered timely care-free services, which won praises from the organizing committee of the marathon and many passengers. 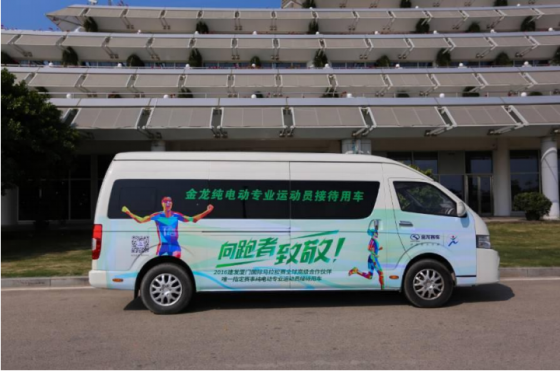 Set up 28 years ago, King Long has always been like a marathon runner, running fast and steadily to achieve one and another higher goal. In 2015, King Long made a number of new breakthroughs in the new energy field and its overseas market. It is estimated that its overseas sales revenue will exceed 2.2 billion RMB for the whole year, reaching a new record high. With a sales volume of nearly 5,000 new energy buses, King Long also saw an explosive growth of its environmentally friendly vehicles.


Since the first Xiamen International Marathon, King Long has accompanied the event for over a decade. "As a responsible enterprise, King Long has been always ready to lend any kind of supports to Xiamen International Marathon. We sincerely hope to see more people take part in such a great race and run for a better and healthier future," says Mr. Xu Xiangdong, Deputy General Manager of King Long.
Tags
Bus Minibus Bus De Turismo Bus Urbano